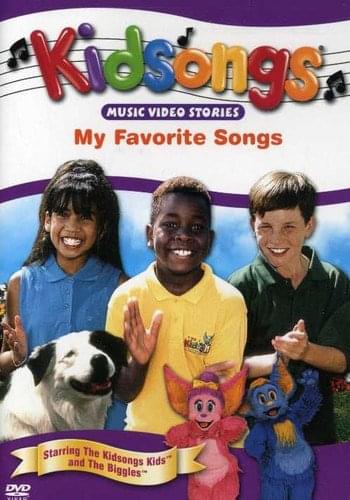 When Billy Biggles lands in the Kidsongs Kids™ backyard, it's sure to be a fun-filled day! Everyone begins talking about the really great videos they've made; each time Billy thinks of one of his favorites, he magically plays it again. (30 min.)

Play along with the Kidsongs Kids™ and Professor Majorchord on a musical adventure. March along with the band and play the cymbals, guitar, tambourines, trumpets, and drums. Hop, skip, and jump along with songs like "Chickie Chickie Beat," "Come On And Join In The Game," and more. (30 min.)

Take a magical trip to places where everyone is silly. Meet a whale with a polka-dot tail, a pig with a wig, and a goat in a boat. Dance along with a comical orangutan and a cute and friendly purple people eater who wants to be a rock star. Giggle along with a cast of silly characters and sing along with the fun. (30 min.)

WHAT I WANT TO BE

Sing and play along with the Kidsongs Kids™ as they imagine all of the marvelous careers they can have when they grow up. Songs include: What Do You Wanna Be?, The Alphabet Song, Candy Man, Them Bones, and much, much more. (30 min.)

Join the Kidsongs Kids™ and their very silly tour guide, Mr. World, on a musical journey around the world. You'll meet kids from other lands and learn their songs, dances, and games. It's a wonderful, song-filled journey you'll want to take over and over again. (30 min.)

Celebrate America's music with this journey through America's proud history with Uncle Sam and the Kidsongs Kids™. You'll hop on a Conestoga wagon heading west, do-si-do the night away at a barn dance, and help build the mighty U.S. railroad. (30 min.)

We Sing Of America

Sing For The Red, White And Blue

Songs Of Peace And Joy

Grateful To Be American